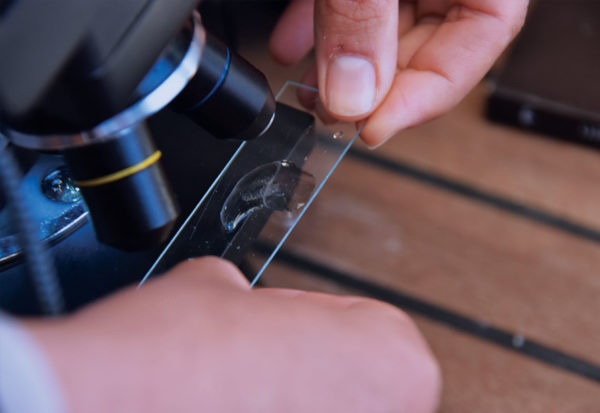 Observation of seabirds with binoculars.

Depending on the season we can observe several species of seabirds. The star is the Yellow-legged Gull, the well-known “Gabian” in Marseille. It is a Mediterranean bird that adapts wonderfully to life in the city and goes more and more inland. The Cormorant with its black plumage and emerald green eyes is also easily observed. But you can also see the Kingfisher with its blue feathers, the Gannet which is the largest of the seabirds in the Mediterranean and which is recognized by its dive fishing technique.

Discovery of plankton and marine animals

Have you ever wondered: what does plankton look like? How do jellyfish eat? Why does the cormorant spread its wings when coming out of the water? The Coco boat turns into a Coco-lab and takes you with Anjelika, biologist and guide-lecturer, on a scientific mission to better understand the marine biodiversity of Marseille.

Planktons are a vast community of living beings drifting with the currents. They are both tiny algae and animals, bacteria and viruses, but also gelatinous animals several meters tall such as jellyfish and ctenaria. We will observe this mysterious world under the microscope or with the naked eye to understand its fundamental role in marine life.

Small displays including shells, carapaces, sea sponges, sea urchins, shark decks and rays will be on board. Anjelika will use her collection to quiz the youngest on the emblematic marine species of the Mediterranean. At the end of the expedition, adults and children will have discovered general notions of marine biodiversity as well as actions to work towards its preservation.